Projection mapping, or camera mapping as it is also known, is the technique of projecting an image from a camera onto a low resolution model.

It is a technique used extensively in the visual effects and animation industry and can save you countless hours of modeling, texturing and lighting.

In many cases, it might even save you the trouble of having to shoot on location.

In this series, Joe Herman will show you how to use Projection Man, Cinema 4D’s built-in projection mapping toolkit, by taking a two-dimensional image of a Victorian house, calibrating a camera to it, using that camera to project from, animating the camera to recreate a crane shot, creating coverage renders, adding new background and foreground elements and finally doing some little color correcting in After Effects. 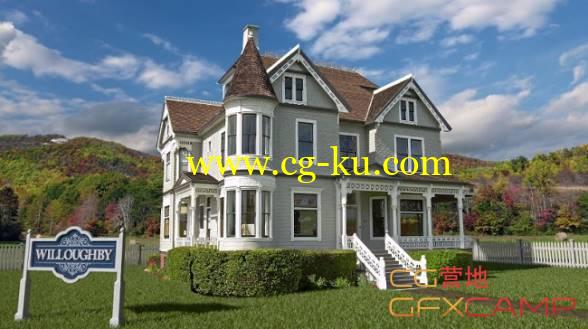